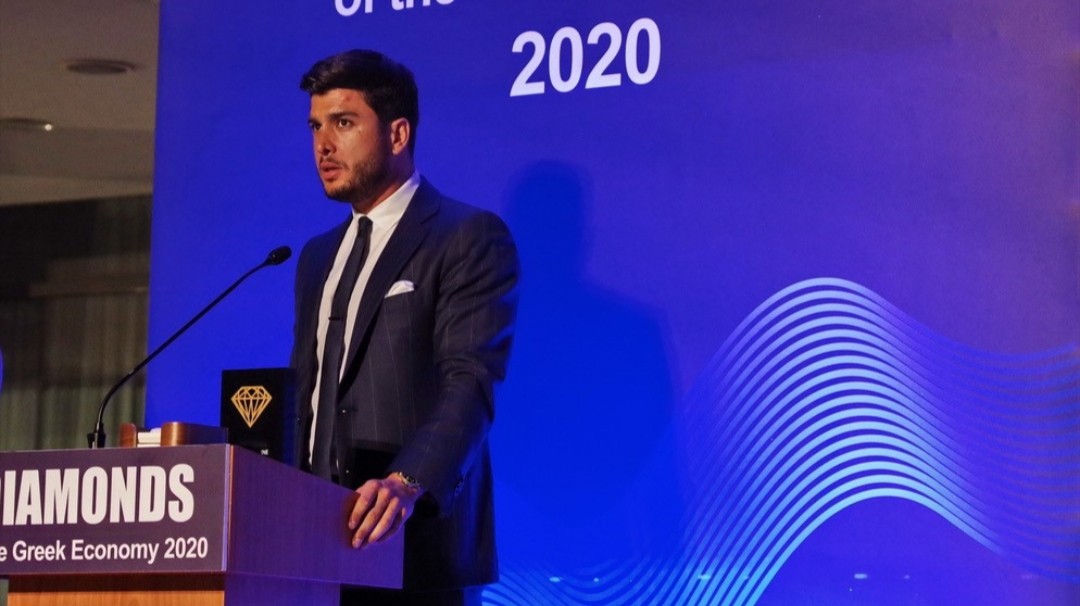 The "diamonds of the Greek economy" shone and sent a strong message of optimism.

The CEO of Gruppo Cucine, Mr. George Leventakis, together with the other participants, sent a strong message of optimism for the Greek economy's prospects, despite the pandemic's consequences, announcing several investment projects which are currently underway and which will strengthen human resource.

The Diamonds of the Greek Economic 2020 Award received from Mr. Spyros Ktenas, New Times Publishing publisher, Mr. George Leventakis, CEO of Gruppo Cucine. George Leventakis, in his statements, thanked his team and said characteristically, "We are very proud of this distinction. Our golden team won the award ".

The Leventaki family continues to carry out business development plans, while its team is the most important part of the course and development.

The event was attended and addressed by the Ministers of Development and Investment, Mr. Adonis Georgiadis and Energy and Environment, Mr. Kostis Hatzidakis, and 150 important representatives of the fastest-growing companies in the country.